A construction project going over budget is not really news, but it can still be an unpleasant surprise when you realize that you'll have to agree to pay thousands more because of a miscalculation or other mistake. When you initially plan your commercial construction project, you have an opportunity to keep those cost overruns at bay.

Meet With the General Contractor and Ensure You're Both in Agreement

Regardless of the risk of cost overruns, you and the contractor need to meet and ensure that you're both in agreement about what will be done when and how. You need to agree on suppliers, subcontractors, plans, timelines, and everything else. If you're not, one of you could be hit with surprise costs. And you should keep meeting with each other as the project continues.

Bake an Extra Percentage Into the Initial Estimate

One way to avoid cost overruns is to assume you'll need to expand your budget at some point. When you and the contractor work on an estimate, ensure the final amount is at least a few percent higher than you originally thought it would be. This extra amount can cover some inflation, higher prices as you try to replace one supplier with another, and so on. Think of it as an emergency fund, then surprises aren't so financially painful.

Never, ever assume that everything is going fine because you haven't heard anything to the contrary. "No news is good news" can work when it's your work supervisor leaving you alone because you're doing fine, but when it's a commercial construction project with several different contractors and subcontractors, you need updates. And, it's easy for something to go wrong without people noticing because they're all concentrating on their part of the project. Ask for updates from the contractor often and go over the plans for the stage you're in. Be prepared to make course corrections frequently, such as finding a new supplier if one is having issues with supply chains, or stocking up on a type of material if you find a bulk-price bargain and know the material will be used later. 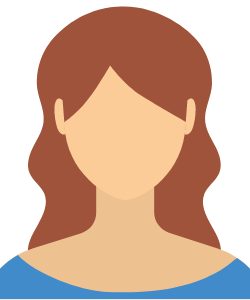 Whenever you come across an information-packed website like this one, you probably ask yourself what the main, overarching topic is. Well, here's your answer: construction. If your initial reaction was "that's vague," then allow us to explain a little more. The construction and contracting industry can be thought of as an umbrella. Under that umbrella, you have design-build companies, landscaping design companies, home builders, drywallers, masons, road workers — and so many more! Since this is such a vast industry, we thought it deserved an entire blog dedicated to it. So, we founded this one, and it's here for you to read at your leisure.